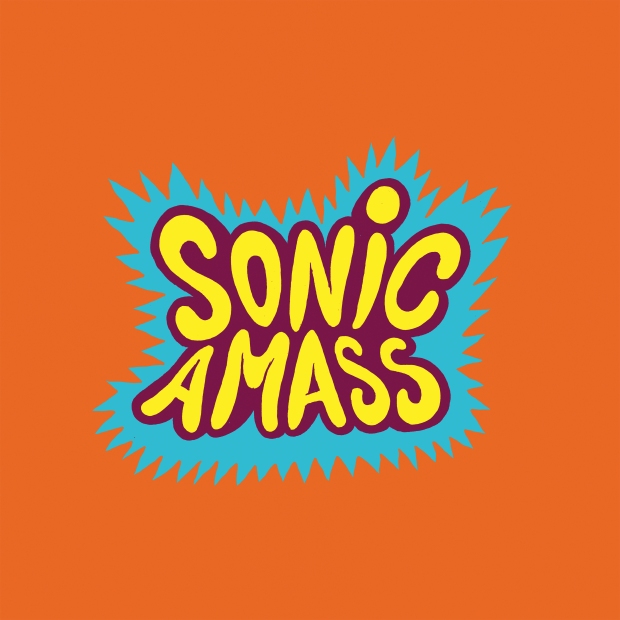 As way of celebrating Midsummer, WING is delighted to invite you to participate in Sonic Amass, an ongoing audio project by Julie Semoroz.

Designed as an in-situ programme over a period of three days, Sonic Amass first takes the shape of a workshop and develops into a laboratory for sound improvisation during the following days. A team of sound artists will of­fer participants the chance to record and collect various objects to be manipulated and transformed into a sound piece and installation. By mixing sounds and noises of Chai Wan, an area known for its semi-industrial as well as residential character between sea and mountains, we will create a sound metaphor that reflects the plural identities of the daily life in the surroundings of WING—a patchwork of sounds, objects, beings, thoughts and words.

Together with the participants, the artists will develop a new acoustic space to rediscover a known territory for some or to create from an unknown territory for others, in an ongoing dialogue about the identity of the space and its surroundings.

Sonic Amass explores the possibilities to merge multiple identities within a specific situation and the capacity to share views, ideas, sounds and voices, an experience unique to each venue where it takes place.

For this 2018 edition, Sonic Amass is created in collaboration with members of the Namiji Collective Samson Cheung and Fuk Kuen Wong with the support of the Consulate General of Switzerland in Hong Kong and Pro Helvetia.

Workshop on Thursday 21st June 2018
The participants are invited to collect or to bring objects (found, personal objects, object found in the area …) and are invited to record sounds in the area with K7 players provided by the organizer, in a close encounter and in a creative exchange with the artists.

SAMSON CHEUNG
http://www.cheungchoisang.com/
He dreamt of being a farmer, bus driver, football player and geographer but end up graduated with a Business Administration Degree. He is now viewing the process of making art as a lifelong learning platform and thankfully enjoys look at the sea everyday.

He gained a Postgraduate Diploma in Photography from HKU SPACE at 2012, and started open up his ear and exploration of sound media from 2013 inspired by coffee marks from a coffee cup, and had been selected as the artist of soundpocket’s Artists’ Supported Program 2014-15. He has begun to execute his ideas by performance, spatial intervention to place himself and participants into certain situation after his artist in residency in Experimental Sound Studio in Chicago and Waley Art in Taipei at 2015. Recently, he had his first solo exhibition “Start from seeing” at Floating Projects, Hong Kong at 2016, participated in exhibition and performance at “Art Camp Tango 2017” in Japan and become one of the member established sound-playing trio « Namiji”.

JEREMY CHEVALIER
http://jeremychevalier.net/
Jérémy Chevalier (1983, Ambilly, France) lives and works in Geneva. He graduated from the Geneva School of Fine Arts (HEAD) in 2007 under the direction of Maria La Ribot and Yan Duyvendak. He practices rock music as a first source of inspiration. The objects he uses, the intallations he sets and his acting are full of humour and derision. His instruments, tools and gestures are borrowed from the entertainment industry together with its derivative effects, namely its mistakes and the accidents it arouses. He holds the « Déliées » price in 2008 and he has been represented by the Skopia gallery since 2013. His work is often presented in Switzerland and France like at Lieu Unique in Nantes in 2015. In 2014 he is presented in Japan, for the exhibition « Swiss Visual » in Kyoto, and China in Wuhan as part of the 50th anniversary of France-China friendship at the Chenshia Gallery. Often presented in Switzerland, his performances have also been seen in Poland and in Czech Republic during a collaboration with the art center of Neuchâtel, and in Lithuania during the festivel « 3 dienos » in Vilnius in 2017. Since 2016, he work regularly with Julie Semoroz and Thomas Perrodin, for example for the project « Jingle 45 » presented in 2016 at the Cité festival in Lausanne, or « Protuboscope » presented at the BIG festival in Geneva in 2017. Since then, 2015 he officiates as guitarist in the group of art-rock « Fuper ».

FUK KUEN WONG
Wong Fuk Kuen was graduated from the School of Creative Media, City University of Hong Kong in 2012. Not until his final year during the course of the four years time in the school he discover a small artistic world and language that belongs to himself, which was manifested as a sound installation – The Telescope (2012), made of numerous water pipe that engage the audience listening to spacey sound of different tones. After his graduation, Fuk Kuen has been incidentally involved in different art projects from network rooted from college, and continue on exploring further thought and potential on his art, that would be forgotten otherwise.
The Idea of State is the core thought of Fuk Kuen’s. Someone, or something participating in something. Ongoing. Not necessary with movement – Tension is a state. In 2016 had his first solo exhibition named Present Continuous, is originated from this idea. Force, speed, time and space are the concerns and the language of Fuk Kuen. While these elements sounds neutral and cold, his thought starts with a humanize idea. Paradox lives inside Fuk Kuen.
The Telescopes, The SCM Annual 2012, Run Run Shaw Creative Media Centre https://vimeo.com/46861266
Aminoscape, Around Sound Art Festival 2014, Amino, Kyoto (on bench coastline) https://vimeo.com/121597501

JULIE SEMOROZ
https://juliesemoroz.ch/
Julie Semoroz, born in 1984, lives and works in Geneva, Switzerland. Julie Semoroz’s creations are manifold and cross-disciplinary. Since graduating in 2010 with a BA in Visual Arts majoring in Art Action from HEAD – Genève, Geneva School of Art and Design, where she studied with the likes of Yan Duyvendak, Josep Maria Martins and Lina Saneh, she has experimented with noise, experimental and ambient sound forms. Her research focuses mainly on vocals and field recordings. She has studied with performers Jacques Demierre, Vincent Barras and Daniel Zéa, with whom she opened up new soundscapes. Cave 12 in Geneva has also had a great influence on her work in the last few years. She regularly conducts heterogeneous and manifold projects, solos, collaborations and collective works in art venues and the public domain. Since 2018, she developpes performances that touch on visual art, sound, dance, installation and living tableaux.

In 2018-2020 her work focuses on people’s individual relationship with mechanical and organic time. Her creations address new technologies and our post-industrial consumerist society. Cultural and technical innovation follows directions according to the various social and political forces that determine its use. The aim is also to explore the concept of social acceleration in its various dimensions. In her ecology-based research, in the sense of “habitat”, Julie Semoroz raises the question of how to experience our bodies and lives in a society dominated by “post-historic man*”.
_______

In 2013, she got to work in a workshop studio subsidised by the FMAC (Municipal Fund for Contemporary Art) of the City of Geneva. She also founded Nut Nut, an audiovisual project with Sophie Le Meillour, and worked with Dharma Records, The LP Collection and artists from the Hummus Records roster. She regularly works with Yann Marussich as project manager and has performed with him as a musician in the UK, Italy, Poland, Denmark, Russia and China in renowned venues such as the PSA in Shanghai and the Click Festival in Helsingør. In 2015, she presented Sonic Amass at the Geneva Independent Art Spaces Biennial for the Duplex Gallery. She has worked with Tunksten (a band featuring Antoine Guenot and Christophe Calpini) and developed her own solo experimental project under the moniker JMO in Switzerland and in China. In 2016, she officially created her own company, Motonomy, and won the Festival de la Cité competition with Jingle 45, a team project with artists Jérémy Chevalier and Thomas Perrodin. In the autumn, she teamed up with Yann Marussich for a co-creation called Frictions 1 – 1568 presented at Cave 12 and received the SSA music grant with Denis Rollet and Francisco Meirino. The work will be presented at Lieu Unique in 2018. Her composition Astral Disaster has been nominated for the Russolo Audience Award and has been heard in eight cities around the world. She also won the Regionyon Artistic Prize in 2016.

Since 2017, Semoroz has produced PROTUBOSCOPE at Gallery Duplex for BIG with Jérémy Chevalier and Thomas Perrodin, created the sound piece Holo Feng Popo based on Pierre-Laurent Cassière’s installation Distorsions for mudac in Lausanne, and composed the music for WODOD and SHEOL for Cie Tensei. In 2018, she has already created Cabinet Sonore at the Milkshake Agency which will run from July to October and for which she has received the SSA ATP KTV grant. She will also be presenting her latest sound piece HF at Lieu Unique and in various festivals.

* Lewis Mumford, The Transformations of Man, 1956